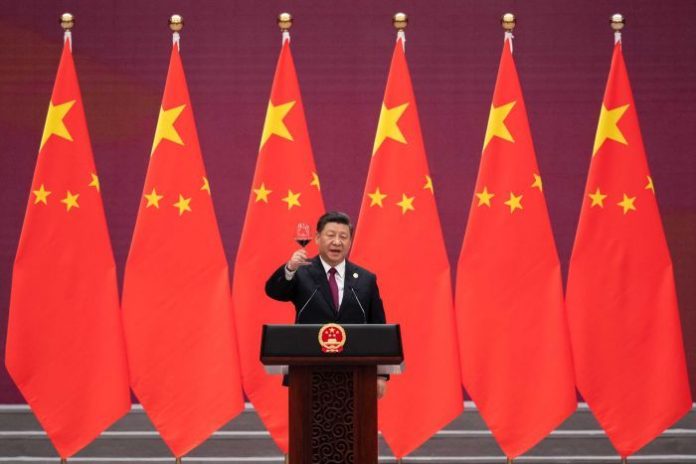 JOHANNESBURG – Research agency Fitch Solutions Macro Research has created a new set of assumptions on electric vehicle (EV) sales to determine future EV battery metals demand in the US, China and Europe over the coming years.

Using its existing EV forecasts, the research agency divided geographic demand for battery metals into direct demand, which refers to demand from any country where battery manufacturing takes place domestically, and indirect demand, which refers to demand from a country where EV sales may stoke demand for batteries containing key metals that are produced elsewhere.

“In China, where EV battery manufacturing takes place domestically through key players such as BYD, which produces lithium iron phosphate- (LFP-) based batteries, demand [is considered to be] direct.

“Conversely, demand in Europe and the US is largely indirect in nature as most EV battery manufacturing does not take place locally – although we expect this to change in the European Union (EU) over the coming years,” Fitch Solutions Macro Research notes.

It predicts that China will remain the key driver of direct EV metals demand, on the back of ambitious EV production objectives and government support. However, it also expects this growth to taper off from 2025 onwards, as automakers’ production targets come to an end.

The agency expects indirect demand growth for cobalt, nickel and lithium to be the strongest across the EU, which is underpinned by favourable policy assumptions.

“Other than nickel, cobalt and lithium, we highlight other less used metals in batteries such as iron and manganese as significant demand beneficiaries in our bullish case scenarios.

For example, owing to the still-prevalent use of iron-heavy LFP batteries in China, a bullish case for EV sales and metals demand would lead to a cumulative demand of 415 000 t of iron from the country between 2019 and 2028, compared with just 145 000 t in Fitch Solutions Macro Research’s bearish case scenario.

Manganese could also witness a strong uptick in demand from the Chinese EV market amounting to 276 000 t, cumulatively, over the forecast period, compared with 91 900 t in the bearish case scenario.

“Direct demand for nickel, cobalt and lithium will remain strongest in China across our core and bearish case scenarios over the coming years. The Chinese government has set ambitious EV targets and we retain a positive outlook for China’s EV market as intensifying competition from major vehicle brands will drive down costs and improve choice, which will see consumers become more willing to switch to EVs as traditional automakers offer more credibility than smaller new EV companies,” Fitch Solutions Macro Research highlights.

Despite recent subsidy cuts announced in July, price reductions among automakers and the rolling out of EV sales targets for vehicle manufacturers will continue to position the Chinese EV market as the most dynamic in the world.

However, the positive policy developments across the EU means that China lags behind Europe in terms of metals demand growth in the agency’s bullish case scenario.

While demand growth for nickel, cobalt and lithium will spike from 2023 to 2025, Chinese carmakers’ strategies relating to EV production targets generally end in 2025 and, as such, EV sales growth and subsequent EV metals demand growth will begin to slow from 2025 onwards.

Under Fitch Solutions Macro Research’s bullish scenario, the EU will witness the fastest average growth in indirect demand for cobalt at 25.8% year-on-year, nickel at 31% year-on-year and lithium at 27.9% year-on-year up to 2028.

“This is ahead of China and the US. One reason for this is that EU EV sales stem from a lower base compared with the US and China and, as such, the potential for growth is higher. For example, according to Fitch Solutions’ Autos team estimates, EV sales will amount to more than 370 000 units in 2019, compared with about 458 000 units in the US and 1.2-million units in China.

“Additionally, in this scenario, we have incorporated assumptions that a number of favourable policy developments will be adopted, thus incentivising faster uptake of EVs among EU automakers and consumers alike,” the agency explains.

At the EU level, mandatory emissions targets introduced by the European Commission for the automotive industry – for the region to meet emissions targets – could prompt automakers to accelerate their EV development plans.

Favourable policy change could also be driven by national governments’ own emission targets.

For example, Germany’s climate change package introduced in September this year reinforces the government’s commitment to decarbonise its vehicle fleet to bring the country closer to achieving a 55% reduction in its greenhouse-gas emissions, relative to 1990 levels.

Additionally, the German government has proposed a number of measures to spur the uptake of lower-emission vehicles such as increasing the state subsidy from €2 000 to €4 000 for battery EVs priced under €40 000 from 2023.

Fitch Solutions Macro Research further states that, within its bullish, base and bearish case scenarios, US indirect demand for cobalt, nickel and lithium will have a slower average yearly growth rate than in China and the EU between 2019 and 2028, as a lack of supportive federal policy will pose obstacles to mass EV adoption in the country.

Fitch Solutions Macro Research concludes that the ongoing use of NCA batteries by Tesla in the US means that indirect aluminium demand will remain sustained in this market.

US Warns Companies Against Business in Sudan

Broadcom in Talks to Acquire VMware for $60 Billion

May 21, 2021
HARARE - Zimbabwe requires at least US$600 million to fully recover from devastating effects of Cyclone Idai that hit the country’s eastern provinces two...

February 25, 2019
LAGOS-About 48 hours after Nigerians voted in the presidential election, the Independent National Electoral Commission (INEC) will today commence the final announcement of the...