LILONGWE – Bankers Association of Malawi (BAM) has cautioned that the recent stance by the central bank to slash policy rate and the new measure for commercial banks to use Lombard Rate as the base lending will have implications on the financial sector.

BAM chief executive officer Violette Santhe, while pointing out that measures taken by RBM was expected, said they will not avail much in terms of economic development of the country in the absence of sound fiscal policy.

“We must say though that this is a major policy shift in the management of interest rates in Malawi. We appear to be moving from a market-based economy to one where the setting of interest rates is dictated by monetary authorities,” she said.

Santhe said BAM member-banks are currently individually assessing the impact the move will have on their business and that they will individually react based on the effect of this policy move on their balance sheets.

“One of the obvious changes we expect is the end of ‘base- minus- lending’ to all borrowers.  But we must emphasise that each bank will deal with its customers based on its individual circumstances. Banks will explain the possible impact.

“This policy change coming from RBM is major which requires that banks consider their changes carefully,” she said.

Santhe however said the development is going to address the concern of deposit rate and lending rate gap leading to narrowing of the spread.

On Thursday, Reserve Bank of Malawi (RBM) Governor Dalitso Kabambe announced at a press conference in Blantyre, the reduction in policy rate from 16 percent to 14.5 percent and Lombard Rate from 200 basis points to 40 basis points above the policy rate to 14.9 percent.

Further, the central bank, has having noted that previously policy rate adjustments were not fully transmitted to the rest of the economy, instructed banks to use the Lombard Rate as the base lending rate.

Malawi Confederation of Chambers of Commerce and Industry (MCCCI) chief executive officer Chancellor Kaferapanjira, reacting to the news, said the chamber expects commercial banks to respond immediately to these measures in order to benefit the real sector.

He said: “The magnitudes of risk premiums added to the present base should also go down to respond to significant reductions in Liquidity Reserve Ratios which was another justification by the commercial banks for higher risk premiums.

Meanwhile Consumers Association of Malawi (Cama) executive director John Kapito said consumers have high hopes and are keen to see positive outcomes from the measures and to see RBM continuing to monitor commercial banks.“The central bank has responded to most of the things we were talking and worried about. what we need to see is banks to be more friendly and the central bank will continue monitoring the market to ensure that the benefits are passed on the consumers,” he said – The Nation

Resourcefulness of African people will enable recovery, development gains for the region – IMF 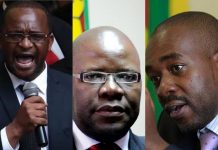 May 6, 2019
HARARE - Lafargeholcim regional head for Africa and the Middle East, Miljan Gutovic has flown into Zimbabwe for crucial talks with President...

April 11, 2019
KHARTOUM - President Omar al-Bashir, who ruled Sudan in autocratic style for 30 years, was on Thursday overthrown and arrested in a coup by...

What should the West learn from China?

June 26, 2020
THE World Health Organization’s Director-General Tedros recently stressed at the special summit of the G20 leaders on the COVID-19 epidemic that the virus that...

January 30, 2020
QUEENSLAND- The sale of a small gold project in Australia has been delayed after a member of the Hong Kong-based buyer's family showed symptoms...

November 9, 2020
HARARE – National Foods says substantial maize imports will be required to augment the recently concluded harvest which was impacted by a...