As reported by ENN in January this year, Zimbabwean youths are breaking political barriers to salvage the economy from total collapse. The untraditional approach taken by the ruling party’s trio in unmasking the alleged corruption bigwigs speaks more to the political tussles in the ruling party than to the economy. At the centre of this political tussle is the Zimbabwe fuel crisis, a perfect apparatus to trigger chaos across the country’s political divide.

In her presentation in Harare recently, Stella Illieva, a World Bank Economist challenged the Zimbabwe leader to protect the poor, to educate the poor, and to feed the poor. Her plea came at a time Zimbabwe experienced a 16% contraction in agriculture output for the year 2019, with prospects of experiencing another drought year in 2020. According to official reports, the country’s gold production for 2019 was also 30% below prior year’s performance, signalling a country on a freefall.

Back to the fuel crisis, grand masters of chess would inaugurate our situation a checkmate as one political faction is pushing for price stability at a time another pro-IMF faction is pushing for the liberalisation of prices. On one hand, Zimbabwe now has some of the poorest employees in the world. On the other hand, at an average of ZWL$19 per litre, the country now has the world’s cheapest fuel, if we apply the prevailing parallel market exchange rate of one US dollar to twenty six (26) Zimbabwean dollars. After all, there is no foreign currency to talk about as the country is grappling with a national food crisis, a water crisis and an electricity crisis. The United Nations (UN) through its global body’s World Food Programme (WFP) has warned of a more severe food crisis in Zimbabwe in the coming months as more than half of Zimbabwe’s 14 million people are threatened by a desperate lack of food.

As the country’s crises converge, the battle for the people’s support is taking centre stage in the national leadership’s decision matrix. Whilst the AFDB’s principal country Economist Walter Odero has called on Zimbabweans to sustain their painful currency reforms, as opposed to taking a “stop and go approach”, his calls will not pass Zimbabwe’s political test. The political battle has shifted and as was the case under Mugabe’s end-game journey, every move now has serious political implications, especially fuel price adjustments as they have immediate cost implications on almost every commodity in the country, including salary demands by the most feared civil servants – soldiers, nurses, doctors and teachers.

On the political front, exiled Jonathan Moyo has predicted an imminent chaos in Zimbabwe, a prediction that can only be backed by the people and a decent war chest. This assertion confirms the emergence of a marriage of convenience amongst Zimbabwe’s disgruntled political movements, and to confirm the ruling elite’s frissons, it is alleged that last week the “system” moved in to freeze and scrutinise bank accounts of a number of small non-governmental organisations. As this destructive snake which is mauling Zimbabwe’s economy through organised cartels and political favouritism, ,it is now difficult for Emmerson Mnangagwa and his men to salvage this sinking titanic. And in all this, the deplorable fuel situation in Zimbabwe is Mnangagwa’s ticking time bomb. Any decision he takes on fuel has its consequences. With Zimbabwe’s industry capacity utilisation at thirty six percent, Zimbabwe urgently requires private investments and a political will to unite its citizens in order to attract global capital.

July 22, 2022
Inflation has wiped out the budget for the Zimbabwean government resulting in its failure to recruit teachers required to minimise the shortfall of educators... 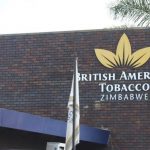 November 5, 2019
Harare - Zimbabweans suffered a 97% surge in vehicle operating costs over the past two months, a motor industry report confirms. An analysis of the Automobile...

April 13, 2019
A world-class weaponry and armour collection, from rare swords to an umbrella gun, is on display at this excellent, free family-friendly museum In a nutshell The...