Russia has warned it will have to take unspecified “military-technical” steps after Finland announced it was in favour of joining Nato and is likely to apply to join the military alliance in the coming days.

Finland’s president and the prime minister said on Thursday that they are in favour of applying for Nato membership, in a major move, as a result of Russia’s invasion of Ukraine. The announcement by President Sauli Niinisto and Prime Minister Sanna Marin means Finland is virtually certain to seek Nato membership, though a few steps remain before the application process can begin.

The Russian foreign ministry said the move will “inflict serious damage on Russian-Finnish relations, as well as stability and security in Northern Europe”.

It added, “Russia will be forced to take retaliatory steps of military-technical and other characteristics in order to counter the emerging threats to its national security.”

“Joining NATO will also be a direct violation of Finland’s international legal obligations, primarily the Paris Peace Treaty of 1947 and the 1992 Treaty between Russia and Finland on the fundamentals of relations,” Russia’s foreign ministry said.

May 24, 2022
The ongoing monkeypox outbreak could have stemmed from sexual activity at raves in Europe, according to a World Health Organization expert. WHO convened an emergency meeting this... 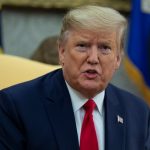 January 21, 2020
DAVOS - President Donald Trump attacked climate activists as "perennial prophets of doom" on Tuesday while addressing the World Economic Forum, which was focused on...

November 15, 2019
Harare - Zimbabwe’s 2020 national budget presented by Finance minister Mthuli Ncube on Thursday failed the confidence test as it left many Zimbabweans with...

February 4, 2019
LAGOS - Activities on the nation’s bourse opened for the month of February on Friday with a growth of 0.26 per cent, halting four consecutive...