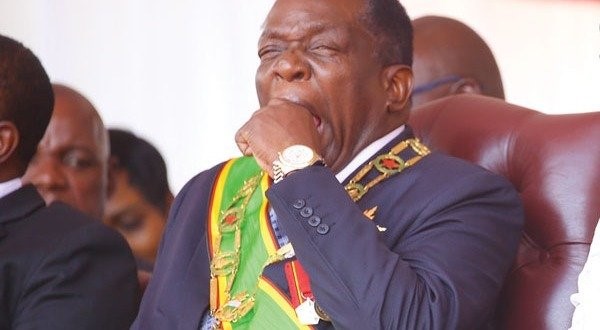 HARARE – Zimbabwe has violated a string of domestic laws and regional protocols during its unrestrained borrowing offensive that has thrown its economy into debt distress, the Zimbabwe Coalition on Debt and Development (ZIMCODD) said in a report released Friday, warning of dire consequences.

In the paper titled ‘Sustainable and Inclusive Debt Management Framework for Zimbabwe’, ZIMCODD cast doubt over the country’s commitment to adhere to vital international pacts and the rule of law.

It expressed dismay over the way Zimbabwe’s government had ignored securing Parliamentary approvals during its spending spree and warned that smarting out of the debt trap would be difficult.

The report was announced only a few weeks after a business weekly, the Zimbabwe Independent reported that Harare’s debt had climbed to $18,1 billion at the beginning of the year, up $1,2 billion from $16,9 billion in October 2018.

The trouble with Zimbabwe is that its borrowing frenzy has been consumptive.

Most of the funding has been deployed into purchasing expensive cars for high ranking government officials.

Millions are also spent on extravagant foreign trips yearly, according to official statistics.

ZIMCODD said during the binge, Zimbabwe had violated its own laws and regional protocols, including those agreed within the Southern African Development Community (SADC) to strengthen public finance management systems.

The country’s publicly guaranteed debt was currently at “unsustainable” levels of 97 percent to its gross domestic product (GDP), way above a 70 percent recommended cap.

Friday’s report said as at December 2018, Zimbabwe’s debt to revenue ratio stood at 326 percent, with the debt to exports figure estimated at 359 percent.

The debt lobby said it doubted if Zimbabwe would smart out of its debt trap in a few years because interests were ballooning at a frightening pace.

“The Public Finance Management Act (PFMA) provides that the aggregate amount that may be borrowed in any financial year shall not exceed 30 percent of the general government revenue in the previous year,” ZIMCODD said in the 24-page report.

“Further, the aggregate of the amounts that may be guaranteed in any financial year in respect of indebtedness or other obligations raised, incurred or established, as the case may be, within Zimbabwe shall not exceed 40 percent of the general revenues of Zimbabwe the previous financial year. The government has not only disregarded the constitution…but also the Reserve Bank of Zimbabwe (RBZ) Act, which states that borrowing from the RBZ shall not exceed 20 percent of the previous year’s government revenues at any given point. As at 31 August 2018, the overdraft to the central bank stood at $2,3 billion against the statutory limit of $762,8 million,” said the report.

“As a signatory to the SADC Protocol of Finance and Investment, Zimbabwe is also bound by the SADC debt sustainability threshold. The protocol compels member States to maintain public debt to GDP levels at or below the 60 percent threshold. Despite this provision, Zimbabwe set its debt to GDP level ratio at 70 percent in violation of the regional benchmark. Despite having such comprehensive national and regional frameworks, it suffices to say that compliance with the legislative provisions, in particular, relating to loan acquisition and debt management, has generally been low. It is therefore not a secret that the bulk of Zimbabwe’s national debt was acquired without Parliamentary approval or even following the constitutional and statutory requirements,” said ZIMCODD.

In October 2015, Zimbabwe laid out an arrears clearance plan that was meant to help it come up with a strategy spelling out how the debt would be retired.

Major creditors to Zimbabwe were the World Bank (WB), the African Development Bank (AfDB) and the International Monetary Fund (IMF).

The IMF’s debt has been settled by Zimbabwe cannot access fresh credit lines until it settled the remaining commitments to AfDB and the WB and the Paris Club.

The plan has been thrown into jeopardy because Harare has failed to honour crucial conditions laid out under the plan that was agreed Lima, Peru in 2015.

Former Finance Minister Patrick Chinamasa, who had pursued the Lima deal, changed tack in 2017 when he said although former president Robert Mugabe’s government had secured funds to clear the arrears, it now sought to implement economic reforms first, to avoid relapsing into more arrears.

Christian Beddies, IMF’s Zimbabwe country representative, told reporters at the time that after clearing its US$110 million to the global lender, Harare had struggled to resolve its debts to the WB and AfDB.

With debts estimated at about $18,1 billion, about 70 percent of its GDP, Zimbabwe is among Sub Saharan African countries with highest borrowing levels.

Under the deal unveiled four years ago, at the WB and IMF spring meetings, Zimbabwe undertook to clear the IMF $110 million, WB$1,15 billion and AfDB $601 million by the end of April 2016.

Beddies told reporters in 2017 that after a promising start, the strategy had run into problems.

“Nothing has changed since Lima,” Beddies told reporters.

In its report on Monday, ZIMCODD warned that the slow pace in extinguishing the debt could have dire consequences.

“The high-country risk profile represents a major constraint to both poverty reduction and debt strategy. Considering the high debt to exports ratio, Zimbabwe has little chance of emerging from its debt problem even in the long run. The casual relationship between budget deficit and national debt has kept the country in a debt trap. The government has not been able to meet its financial obligations resulting in interests and penalty charges exceeding the principal amount borrowed,” said the report.

It added; “The huge debt burden, debt defaults and increasing budget deficit has put Zimbabwe in a precarious situation which calls for a holistic approach to the broader macroeconomic deficiencies and the debt crisis in particular. As the government commits itself to achieve the sustainable development goals, a people driven and inclusive debt management mechanism that secures economic fortunes for future generations should be adopted”. “The continuous violation of the constitution and the Public Debt Management Act poses a lot of questions with regards to the country’s governance, rule of law and legitimacy of both domestic and external debt. At a time when the government has decided to rebase the economy from $18 billion to $25,8 billion, the debt to GDP ratio has declined from 97 percent to 70,3 percent. This implies that the country’s debt becomes sustainable despite the huge debt arrears. The debt to GDP ratio may not be the best measure of debt sustainability as it only considers the face value of debt and not the cost of debt. ZIMCODD posits that the debt management strategy should, therefore, be based on debt service as a proposition of government revenue, both now and into the projected future,” said ZIMCODD 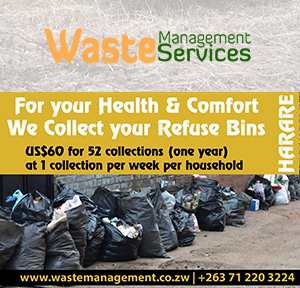 May 11, 2019
NAIROBI - COCA-Cola Central, East and West Africa Ltd has appointed Phillipine Mtikitiki as general manager for the East and Central Africa Franchise, according to the...

March 13, 2019
JOHANNESBURG - South Africa could be forced to pay a premium should it try to tap into the global bond markets before a review of...

Standard Bank Branch Closures a Sign of Things to Come – Are South Africa’s...

March 17, 2019
Pretoria - The Standard Bank branch closures that will leave 1200 employees jobless is a sure sign of things to come. The Fourth Industrial...