With the new tariffs in effect, it now costs 48 cents per minute for a voice call in Zimbabwe, up from 17 cents. This tariff increase comes at the back of a 300 percent increase in data tariffs by State owned Netone on Wednesday this week.

Analysts lamented government’s pricing hypocrisy, arguing that high transport and communication costs are an obstacle to domestic and international trade.

Under Zimbabwe’s current economic fragility, this move will cushion mobile network operators who have been reeling under huge operating costs that were inflated by Finance Minister Mthuli Ncube’s policy pronouncements.

Over the past six months, Zimbabwe has introduced a two percent tax on all mobile transactions, abandoned the managed and securitised exchange rate system at no compensation to business, and banned the use of the United States dollar in the country.

These major policy shifts were supported by a cocktail of punitive interventions, including the increase of duty on fuel, a 500 percent tariff increase on electricity consumed by businesses and a cumulative 500 percent increase in fuel prices this year alone. Consequently, the country recorded its highest annual inflation figure in a decade for the month of June 2019, pegged at 176 percent by Zimbabwe, with other sources putting the figure at 576 percent.

State owned NetOne has 2.59 million subscribers and Telecel Zimbabwe commands 1.06 million subscribers respectively. Launched in September 1996 during the World Solar Summit, State-owned NetOne was the first cellular network operator in Zimbabwe. Mobile Network Operators (MNOs) in Zimbabwe are one of the many victims of the country’s poor economic policies as they require foreign currency to continuously upgrade and maintain their networks, which is no longer affordable, neither is it being availed timeously to them when required.

Demand for foreign currency in Zimbabwe is high as companies compete with government for foreign currency in a bid to keep government and business operations afloat. Using evident economic challenges in Zimbabwe today; fuel, electricity, medical drugs, water treatment chemicals, industry raw materials, corruption and government’s travel costs top the list on foreign currency usage in Zimbabwe, making telecommunications an insignificant priority sector. MNOs have been running networks on generators for the past two months as the country is plunged in a stubborn power crisis that keeps them off-grid for an average of 18 hours per day. In the case of Econet Wireless Zimbabwe, the company has endured long periods of network downtime as a result of electricity load shedding, in the process clogging its revenue generation capacity. With man-made economic trade barriers in Zimbabwe today, AFDB’s strategies and calls for infrastructural investments in the country remain a pipedream.

This sharp hike in communication costs shadows the country’s unending and paralysing fuel price increases and unbearable inflationary pressures exerted on business and commerce by Government. Taking the above into context, is it indecent to argue that Zimbabweans have been economically quarantined, starved and silenced?

June 27, 2020
HARARE - The Zimbabwe government's move of suspending mobile money solutions and all trading of stocks on the local bourse (ZSE) in an attempt...

May 28, 2019
VICTORIA FALLS - President Emmerson Mnangagwa is set to officially open the Zimbabwe Annual Mining Conference here on Friday, according to a... 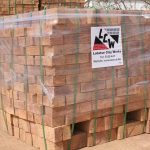 February 5, 2019
GABORONE - The Botswana Development Corporation (BDC) is looking for a partner to work with it on the transformation of the ailing Lobatse Clay Works...

August 6, 2019
HARARE - As the ghost of poverty threatens Zimbabwe again, the country’s main opposition party the Movement for Democratic Change (MDC) on Tuesday...

August 7, 2019
HARARE–Zimbabwe’s national revenue collections will contract by 64 percent in 2019 in response to policy and currency interventions made by Finance Minister...