The governments of China and Tanzania on Thursday signed a new implementation program for a cultural agreement that aims to strengthen bilateral cooperation in various fields.

The 2022-2025 implementation program of the China-Tanzania cultural agreement that covers culture, arts, tourism, journalism, sports and education aims to deepen the traditional friendship between the two countries, said a statement by the Chinese embassy in Tanzania.

The new implementation program was signed by the Chinese ambassador to Tanzania, Chen Mingjian, and Tanzania’s Minister for Culture, Arts and Sports, Mohamed Mchengerwa, in Dar es Salaam.

The program also encourages the broadest participation in tourism promotion and sharing of cultural and tourist products between the two countries, said the statement.

Speaking after the signing ceremony, Mchengerwa said the cultural cooperation between China and Tanzania brings many benefits to Tanzania.

“Tanzania is very happy and proud of cooperating with China in the fields of culture, arts and sports, and Tanzania will act and carry out the implementation program with vigour and vitality,” said Mchengerwa.

For her part, Chen said China and Tanzania enjoy profound traditional friendship and the two countries have been cooperating closely in culture, arts, radio, film, television, education, and science and technology.

Chen said the signing of the new implementation program marks the deepening of the friendly ties between China and Tanzania that are bound to upgrade the level of people-to-people exchanges between the two countries.

WHO Ramps up Response in Eastern Africa Amid Looming Health Crisis

Human Rights Under Threat in DRC and Beyond 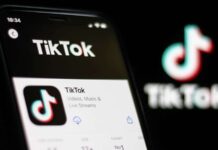 WHO Ramps up Response in Eastern Africa Amid Looming Health Crisis

MTN Said to Earmark Stake in Botswana Venture for Sale

March 6, 2019
The MTN Group is considering the sale of its stake in Botswana’s largest wireless carrier, according to people familiar with the matter, as chief executive officer Rob...

August 19, 2019
HARARE - Falcon Gold Zimbabwe Limited’s loss widened to US$4,8 million in the year ended September 30, 2018 due to reduced mineral production caused by...

May 24, 2019
HARARE - The Zimbabwe Congress of Trade Unions (ZCTU) on Thursday added its voice to growing fears of deepening hardships and escalating poverty in...