JOHANNESBURG – Australian resources firms have slammed a new report accusing them of profit grabs in Africa.

In a report released by the Tax Justice Network Tax Extractives, the global NGO, Oxfam, says about US$1.1 billion in profits were salted out of Africa in 2015 alone, and points out that Australian miners with interests in Africa were behind the looting.

Oxfam alleged the use of tax secrecy jurisdictions abated the profit grabs.

It says through the extract and loot strategy, African government lost US$289 million in potential taxes during the period.

Gold miner Perseus Mining, mineral sands miner Iluka Resources and base metals miner MMG, were among the firm named in the report, with Oxfam claiming that they had financial and corporate arrangements in place that could have led to significantly less tax than “the public should expect”.

Three mines paid US$149 million more in corporate income tax over a period of five to seven years in Ghana, the Democratic Republic of Congo (DRC) and Sierra Leone.

“A lack of transparency means it is not entirely possible to know if this money was not paid because of aggressive tax practices or due to legitimate deductions on mine costs. However, we do understand that these mines are privy to special or secretive tax arrangements and that each company has subsidiaries located in tax havens, which raises serious questions about their tax practices,” noted Oxfam.

“All three Australian companies provide no public financial details of their subsidiaries in tax secrecy jurisdictions (tax havens). And all of the company financial reports show consolidated, total tax payments rather than reporting in which countries taxes were actually paid around the world. Since each mine began operating, they all appear to have exploited some form of tax concession or loophole,” the report noted.

But Perseus Mining, which has operations in Ghana, has refuted the allegations, with CEO Jeff Quartermaine noting that there were ‘numerous’ reference made to the company within the report, that were simply wrong.

“Perseus pays all taxes that are legislated as and when they fall due,” he said.

“Perseus Mining’s Annual Report clearly sets out the company’s financial status. This report is audited each year by PricewaterhouseCoopers, and previously by Ernst & Young,”he said.

He noted that the company paid royalties amounting to five to the government of Ghana, and had done so since the first gold was produced at Edikan, in 2011.

CFO Adele Stratton pointed out that the Oxfam report focused predominantly on company income tax, which is only one of a number of taxes paid by the company, which also includes royalties, levies and duties and employee personal income tax remittance.

“Focusing solely on corporate income tax significantly under represents a company’s overall economic contributions and is misleading to the readers.

Stratton pointed out that since its acquisition of the Sierra Rutile project in December 2016, the company has paid a total of US$50 million in taxes, while its total tax and remittance to government is nearly US$55 million.

Sierra Rutile is the largest employer in Sierra Leone, with a workforce of more than 2 500 people, of which over 98 percent are locals, Stratton said.

In 2018 alone, the operation paid US$59 million to local suppliers.

Base metals miner MMG, which owns the Kinsevere copper project in the DRC, has also expressed disappointment in the report, with executive GM for stakeholder relations Troy Hey saying that while the issues covered in the report were important, the report failed to adhere to internationally-accepted accounting standards.

“MMG values the reports produced by Oxfam, however, we were disappointed to see that despite constructively engaging with Oxfam Australia and providing many opportunities for clarification, the report continues to contain material errors and omissions. Despite numerous opportunities, these were not corrected prior to publication.

“As a result, the report implies that MMG is not paying its fair share of tax and is not acting as a good corporate citizen,” Hey said.

“MMG is a major investor, taxpayer, employer and purchaser of local goods and services. We are one of the largest investors in the DRC and proud of our significant economic and social contributions. We aim for the highest standards of corporate governance, including on tax. Our approach to date has been to transparently disclose tax and royalty payments as well as broader social contributions annually.”

MMG’s 2018 sustainability report showed that the company contributed a total of US$56.2 million in taxes in the DRC, in 2018 alone, and a further US$44 million in 2017, with Hey saying that the company’s audited annual report found that its effective tax rate was between 55 percent and 53 percent for the 2018 and 2017 financial years respectively.

“The report contains several statements made by Oxfam Australia which relate to MMG’s tax and royalties disclosures and suggest that MMG may be seeking to mislead or engage in deceptive conduct.

“We reject any assertion that we have misreported the amount of royalties paid. The company’s annual reports and accounts are audited by Deloitte and in earlier financial years by PricewaterhouseCoopers, both internationally reputable accounting and audit firms.

“MMG’s payment of royalties has been clearly disclosed in our Annual Report for each of the years analysed by Oxfam for their report,” Hey said.

At least 3 killed, 4 injured in a second mass shooting... 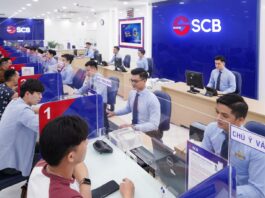