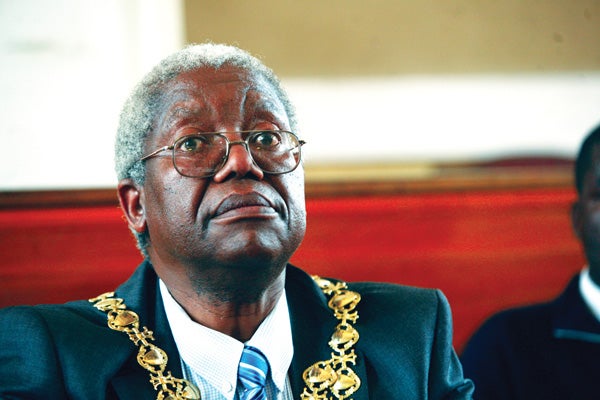 Masunda told local media that BNC is seized with the task of accessing foreign capital markets for fresh lines of credit that will enable the mining company to secure funding as the local financial market is largely dry.

While he admitted that they have been benefiaries of the central bank’s foreign currency allocation scheme, he said it is inadequate. This was compounded by the political environment, he said.

“The toxic nature of politics is making it difficult for many companies in Zimbabwe like BNC which would need to access affordable finance for major capital projects. Mining is a major capital-intensive business and if only we can access from these institutions, it can do the trick,” Masunda said. “I have always said capital is a very timid animal, it won’t stay where it feels trapped. We need access to bigger markets out there. We have said we are pursuing a number of capital projects most of which are being delayed by lack of foreign currency.”

He added: “For us to uptake any meaningful project we need nothing less than US$500 million. Nickel prices are going up and it can be expected to reach as high as US$6 000 per tonne. We need to be taking advantage of the demand for electric motor vehicles which is pushing demand for nickel. Basically, what I’m saying is we must learn to come in at the opportune time as we are not in living in a vacuum. We need to be in sync which what’s happening on the markets.”

In the full year ending March 31, 2019, BNC rolled out US$5,4 million in capex investments in respect of installation of steelworks for the loading station, civil works and other projects.

Masunda said more capital was needed for the entity, but offshore capital markets where to not accessible. He said politics is largely the reason why the country is lagging behind in infrastructural development — for instance, the dilapidated railway and road networks — noting that BNC had lost potentially lucrative smelting and refining business.

There is hope that Zimbabwe’s moribund railway network could soon be revived on the back of a US$400 million recapitalisation agreement between the National Railways of Zimbabwe funded by Afrexim Bank.

President Emmerson Mnangagwa met with Afrexim president Benedict Okey Orama in Tokyo, Japan, to discuss financial packages for Zimbabwe. The NRZ project is one of the deals Afrexim is funding.

“We have lagged behind in terms of infrastructure development, especially railway which used to work in the past.

At peak we would receive concentrate (a bulk commodity) from as far as Australia, Canada, South Africa, Botswana and many other countries, for smelting and refining. We have lost business which would have become lucrative if we had functional infrastructure,” Masunda said. We use to produce enough feedstock. I pray the politicians wake up to smell the coffee that there is more at stake than just power. The expected mining targets can be achieved, but it will be very difficult in the environment.”

May 9, 2021
NAIROBI – Barely a week after the lifting of Covid-19 lockdown restrictions by president Uhuru Kenyatta, Kenya has recorded 572 new cases in a...

June 6, 2022
An International Monetary Fund (IMF) team led by Mika Saito held discussions during May 25-June 3, 2022, via hybrid and in-person meetings in Lilongwe...

November 10, 2020
LAS VEGAS - Transportation history was made in the Nevada desert when Hyperloop tested human travel in a hyperloop-pod system for the first time...